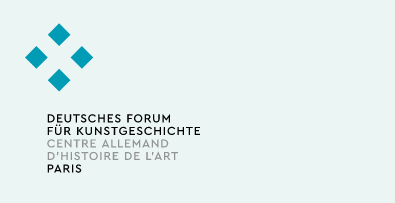 Networks, Museums and Collections.
Surrealism in the United States
International Conference at the German Center for Art History in Paris, 27–29 November 2017

Initially, Breton and the surrealists, in their understanding of themselves as an international avant-garde, literally did not have the United States on their map, as their famous “Le monde au temps des surréalistes” from 1929 attests. Nonetheless, surrealism found early institutional and economic recognition in the USA, already in the early 1930s. In November 1931, the first exhibition of surrealist art in the United States, Newer Super Realism, took place at the Wadsworth Athenaeum in Hartford, Connecticut.

Beginning in 1931, the Julien Levy Gallery in New York gave Salvador Dalí, Max Ernst, Alberto Giacometti and René Magritte the opportunity to have their first exhibitions in the United States, while at the same time American artists such as Man Ray, Joseph Cornell, Walter Quirt and Lee Miller were also exhibiting in this gallery. During World War II, when many surrealist artists were exiled in the US, Surrealist exhibitions, objects, publications and supporters contributed further to propagating and propelling new hybrid forms across the US, from Los Angeles to Chicago and beyond, well into the postwar period.
The conference “Networks, Museums and Collections. Surrealism in the United States” will bring both these complex networks and the reception of surrealism in America into academic focus. Who – collectors, critics, dealers, galleries, and other types of mediating agents – supported the artists in the Surrealist orbit, in what ways and why? What more can be learned about high profile collectors such as the Arensbergs in Los Angeles or Peggy Guggenheim in New York? Compared to their peers in Europe, did artists in the United States use similarly spectacular strategies of publicity and mediation? How did gender inflect career trajectories? In what networks did the commercial galleries operate, domestically and internationally, and how did they dialogue with museums? Were American artists included in the musealization of surrealism in American museums as had occurred with the Parisian circle, or were they, on the contrary, excluded from this development? Divided into five sections (I. Brokers and Agents II. Museums and Collections III. Surrealism and the American Art Movements IV. Display and Presentation V. Price and Circulation) the conference will contribute an innovative and lasting contribution to research and scholarship on historical American art while focusing specifically on the expansion and reception of surrealism in the United States.
The conference is a key component of the research project “Le surréalisme et l’argent. Galeries, collectionneurs et médiateurs”, which is carried out by the German Center for Art History and the LABEX H2H and which explores to what extent the global success of surrealism in the 20th century was due mainly to the roles and factors played by private collectors, museums, exhibitions, art collectors as well as the commercial strategies of artists. The intent is to bring to light the informal and formal networks that sustained Surrealism as an international movement and to establish informal and formal networks of emerging and senior scholars, drawn largely from the United States and Europe, to foster new scholarship on Surrealism. It has already organized several meetings around the following subjects: The World at the Time of Surrealists (2014), Surrealism in Europe during the Interwar Years (2016), and Surrealism and Primitive Art (2016), Surrealism in Paris, North Africa and the Middle East from the 1930s (2016) and Galleries, Collectors, and Art Dealers of Surrealism, 1945–1969 (September 2017).
See more: dfk paris.

Abstracts of 300 words are to be sent before 15 July 2017 in English, French or German, along with a CV to:
Julia Drost (jdrost@dfk-paris.org)
Fabrice Flahutez (flahutez@gmail.com)
Anne Helmreich (A.Helmreich@tcu.edu)
Susan Power (susanlpower75@gmail.com)
Martin Schieder (schieder@uni-leipzig.de)