International congress organised by the Research committee Sociology of Arts and Culture (RC-SAC) of the Swiss Sociological Association (SGS) and the Institute of Sociology of the University of St.Gallen (SfS-UNISG), Switzerland

The market plays an ambivalent role in the sociological analysis of art. Some authors suggest it implies commodification or even bondage of art. From this point of view, the accursed artist – who continues to create pieces of art even if he is not selling them – may become an epitome of authentic creation.

According to the Frankfurt School, the «cultural industry», as an economic system, produces and disseminates standardized products aimed to fulfil needs created from scratch and to bring consumers into line.

Within «art worlds», characterized by Howard Becker as cooperative networks regulated by aesthetic conventions, there seem to be a limited scope for economic competition and market constraints. Pierre Bourdieu draws a distinction between two artistic subfields by setting a relatively autonomous restricted production against a heteronomous broader production responding to commercial and market-based considerations. From this point of view, is genuine the art that succeeds to escape the market thanks to State subsidies or cultural policies protecting «freedom of art». Other analyses consider, by contrast, that the market casts off the subordination to Religion, the Prince, an excessively demanding cultural patronage or the State. In the case of Mozart, Norbert Elias describes the use of subscriptions and concerts as a way to move beyond the dictates of nobles – but the musical market was in its early stages, which paradoxically pushed his extraordinary productivity and probably explains the early death of the composer. 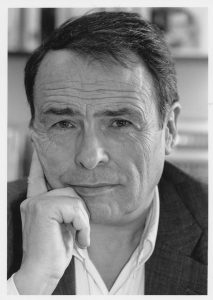 For Pierre Bourdieu, the historical emergence of the market initially offers the condition of possibility of an «autonomisation» of art. This «reversed economy» enabled the literary field to establish its own rules – in a context particularly competitive and with the risk of an increased exposition to a market-based economy.