Working on Things. On the Social, Political, and Economic History of Collected Objects 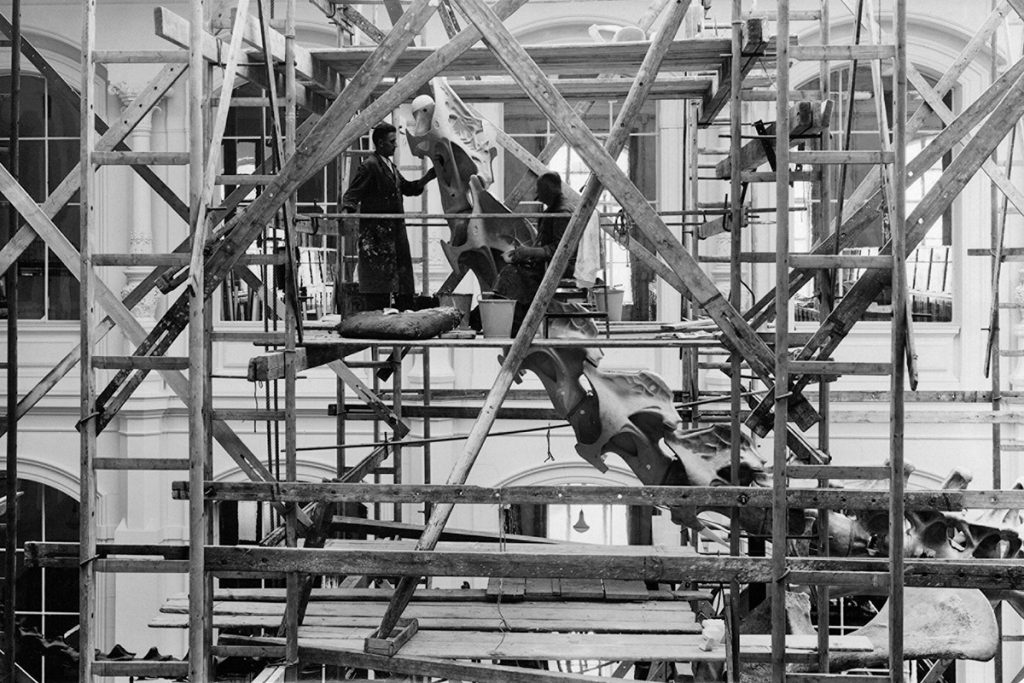 Various kinds of work have to be invested in objects before they become worthy of collection, before they can be researched, preserved, and exhibited. Work on the dinosaur skeleton of Brachiosaurus brancai in Berlin’s Museum für Naturkunde, for example, extended far beyond the decades of the fossil’s preparation in the Museum. This object’s history also includes the colonial forced labour on cotton plantations in German East Africa at the beginning of the twentieth century that produced the packing material necessary for transporting the findings to Europe. Such figurations of work across time and space form the focus of the conference: Which materials and what kinds of immaterial labour were necessary to acquire or produce a given object, in order to transport it, examine it, exhibit it, or valuate it? What existing knowledge, and which social, political, and legal conditions characterized this work? What types of materials, tools, or techniques were used?

The conference is part of the research project „Dinosaurs in Berlin. Brachiosaurus brancai as political, scientific and popular icon”. It is conceptualised and organised in cooperation with the base project Mobile Objects, Cluster of Excellence Image Knowledge Gestaltung of the Humboldt-Universität zu Berlin.