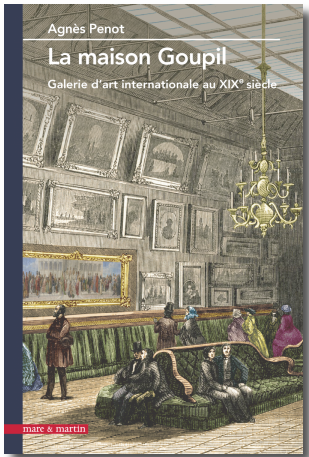 Between 1846 and 1884, one of the most successful French art dealers of its time, Goupil & Co, developed a marketing strategy that employed an international network of alliances to expand its sales of art – prints, paintings, drawings and sculptures. Their focus during that time was mainly on contemporary European Salon artists. Newly established offices in New York, London, The Hague, Berlin and Brussels were linked to the headquarters in Paris. For example, William Schaus and later Michael Knoedler concentrated on the American market while Vincent Van Gogh, an uncle of the painter, facilitated business relations with the Netherlands. The firm was a profitable business. Its many branches and its participation in most major international events, such as the Universal Expositions were an ever-renewable source of clients and artists. As a result, many international museums owned – and sometimes still own – at least one piece of artwork with a Goupil & Co provenance. This dissertation analyses the stock books that were used to record sales in Paris and which reveal themselves to be an invaluable source of the Nineteenth Century art market, especially as it relates to the history of taste and collecting.

Agnès Penot is an independent art historian and a specialist in 19th century French art, the art market, and provenance.