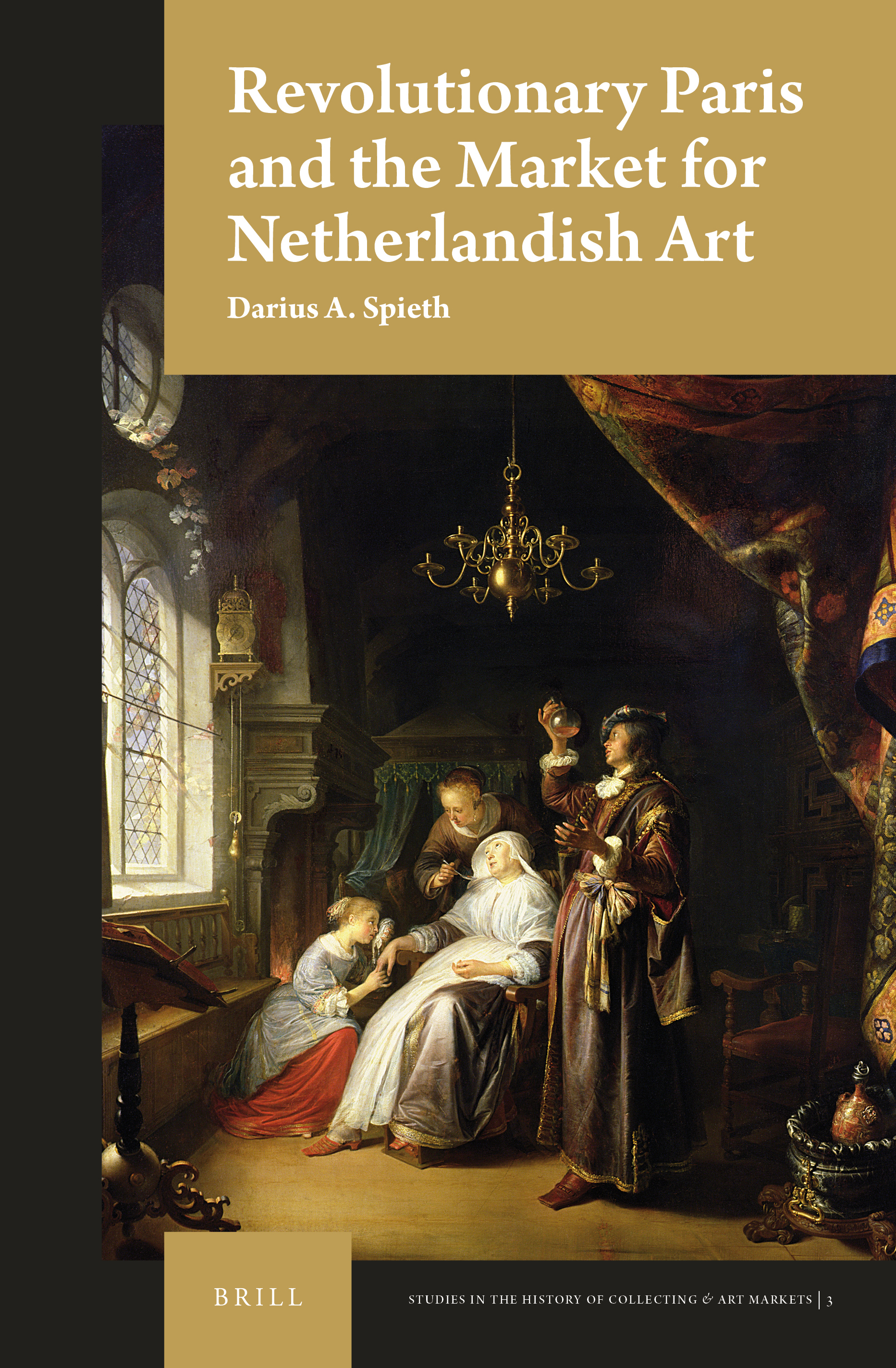 Brill is pleased to announce

Darius A. Spieth, Revolutionary Paris and the Market for Netherlandish Art

Studies in the History of Collecting & Art Markets (HCAM), Vol. 3
with a Foreword by Marc Fumaroli

Seventeenth-century Dutch and Flemish paintings were aesthetic, intellectual, and economic touchstones in the Parisian art world of the Revolutionary era, but their importance within this framework, while frequently acknowledged, never attracted much subsequent attention. Darius A. Spieth’s inquiry into Revolutionary Paris and the Market for Netherlandish Art reveals the dominance of “Golden Age” pictures in the artistic discourse and sales transactions before, during, and after the French Revolution. A broadly based statistical investigation, undertaken as part of this study, shows that the upheaval reduced prices for Netherlandish paintings by about 55% compared to the Old Regime, and that it took until after the July Revolution of 1830 for art prices to return where they stood before 1789.