TIAMSA is proudly served by ten board members. Let us introduce them to you (in alphabetical order): 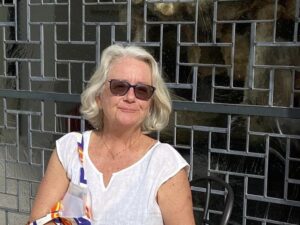 Véronique Chagnon-Burke (Chair): ‘A specialist in the history of nineteenth century French landscape painting, my fields of expertise also include nineteenth century art criticism and the art market and the role of women in the art world. I received my Ph.D. from The Graduate Center of the City University of New York, her M.A. from the Institute of Fine Arts of New York University, and my Licence from the Université Paris-Sorbonne. I am also a graduate of the Ecole du Louvre in museum studies and delighted to chair TIAMSA for the next exciting period!’ 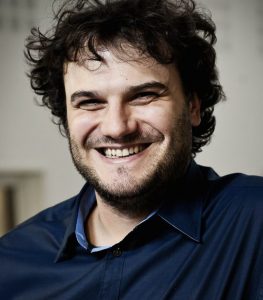 Kim Oosterlinck (Chair): ‘I was raised in an environment where art was never far away: my mother painted and loved to take me and my sister to museums. So when I was in my third year of studies in management, I decided to study also art history. My major was in prehistory and – with the market for flint being what it is – the art market was not my major preoccupation then. However, when I started my research for my PhD in economics and management on war finance I discovered to my astonishment that French brokers in occupied Paris were complaining about the success of the art market. Now the art world had caught up with me as this discovery triggered my curiosity and my work on art markets, first during wars, and now in a broader setting!’ 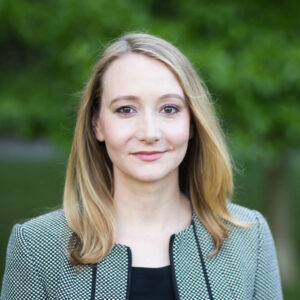 Natasha Degen: ‘Although I had studied art history and economics at university, I did not fully appreciate the tantalizing connection between these fields until I moved to Beijing in the mid 2000s. There, working as a journalist and critic, I observed the rapid growth of the Chinese art market as it transformed into a global juggernaut. Watching the evolution of museums, galleries, and auction houses in China led me to question the process by which institutional norms emerge and the conditions that shaped their development in other countries and other eras. It was asking (and attempting to answer) such questions that introduced me to the burgeoning discipline of art market studies, where my scholarship has largely focused to this day.’ 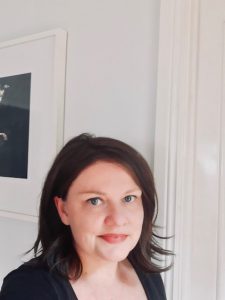 Sharon Dowley (Coordinator): ‘My interest in the art market was stirred as a child by, of all things, an art auction board game. It triggered a lifelong love of art history and a fascination with collecting. I completed a Degree in Art History, and during Postgraduate studies in art crime, became intrigued with antiquities trafficking, the movement of cultural objects and the intersections between the illicit and licit markets. Now working towards a PHD, I am using object biography to trace the journey of ancient Khmer artefacts from creation to private collection and in recent years, return to Southeast Asia.’ 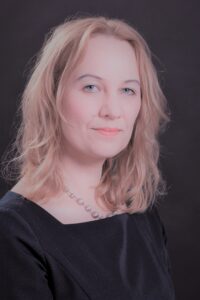 Alicja Jagielska-Burduk: ‘I believe that TIAMSA provides an essential platform for scholars, practitioners, and policymakers to exchange ideas and perspectives. An interdisciplinary approach to art market studies is necessary to address art market challenges and the role of the art market in cultural property protection. Having been involved in TIAMSA since 2016, I have witnessed firsthand how the association continues to expand and attract new members worldwide. From the beginning, my research has focused on culture-related legal issues, particularly the legal perspective of the art market and cultural heritage law.‘ 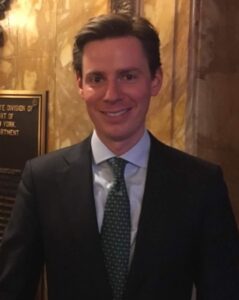 Philipp A. Nuernberger: ‘Stemming from a family of women artists, I was always interested in the functioning of art markets and decided to make this a focus of my professional work. When I attended TIAMSA’s first conference in 2017 in London, I realized that I had found the perfect forum to follow my interest in a welcoming, interdisciplinary group of scholars and art market professionals. TIAMSA is for me a prime example for the great potential that lies in interdisciplinary work, especially at the forefront of such a comparatively young field of study that benefits enormously from the cooperation between different academic disciplines. I greatly enjoy working with fellow TIAMSA members on organizing conferences, co-authoring presentations and papers, and other projects that offer opportunities for the exchange of knowledge and ideas.’ 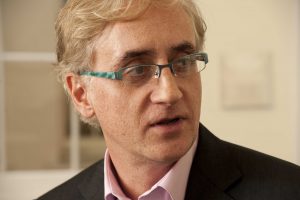 Iain Robertson: ‘My research interests lie in the integration of tradition into contemporary culture. This approach bears most fruit in the analysis of ancient civilisations. These phenomena are the ones that have best resisted the onset of Modernism. The resilience in fact of cultures and even societies that might not be considered civilisations, to the application of internationalism and latterly globalisation, is remarkable. The approach that I take is largely historic and economic although politics today is a singularly important element. Emerging and Frontier art markets are located, broadly, on top of these great civilisations. It is the proximity of their ancient pasts to contemporary life that draws me to: Persia, Hindustan, China, South America, South East Asian and now parts of Africa; regions that have always been peripheral to Modernism. it is upon the archaic inclinations and syncretic impulses of these societies and polities that I focus my investigations.’ 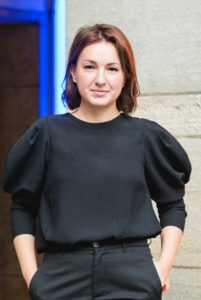 Inna Schill (Coordinator): ‘My research focus on the relationship between art and corporate institutions led me back to Switzerland, where I joined the Art Basel’s global team, overseeing press and media relations in Basel, Hong Kong, and Miami Beach. Today, I am Director of PR and Brand Development of a creative agency, bringing together art and global consumer brands. Connecting and supporting my fellow female* colleagues in the field is one of my main missions, therefore I co-founded FAM, a networking platform for women* in the cultural sector in Basel and beyond, where I serve as Executive Director. TIAMSA helps me to stay in touch with the world’s leading academics on Art Market research and the newest developments in the field.’ 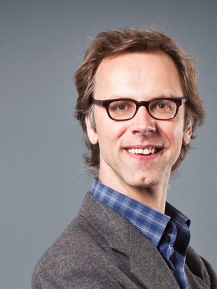 Olav Velthuis (President): ‘When I studied art history and economics at the University of Amsterdam, I was interested in sociological aspects of art and economy respectively. Writing a dissertation about pricing contemporary art was a way for me to unite those interests. While my work has ever since been firmly grounded in sociology, I have always tried to relate to art historical, economic, or other social scientific perspectives on art markets. My goal as a board member is to further stimulate dialogues between art market scholars within these disciplines; I am convinced they have a lot to learn from each other.’ 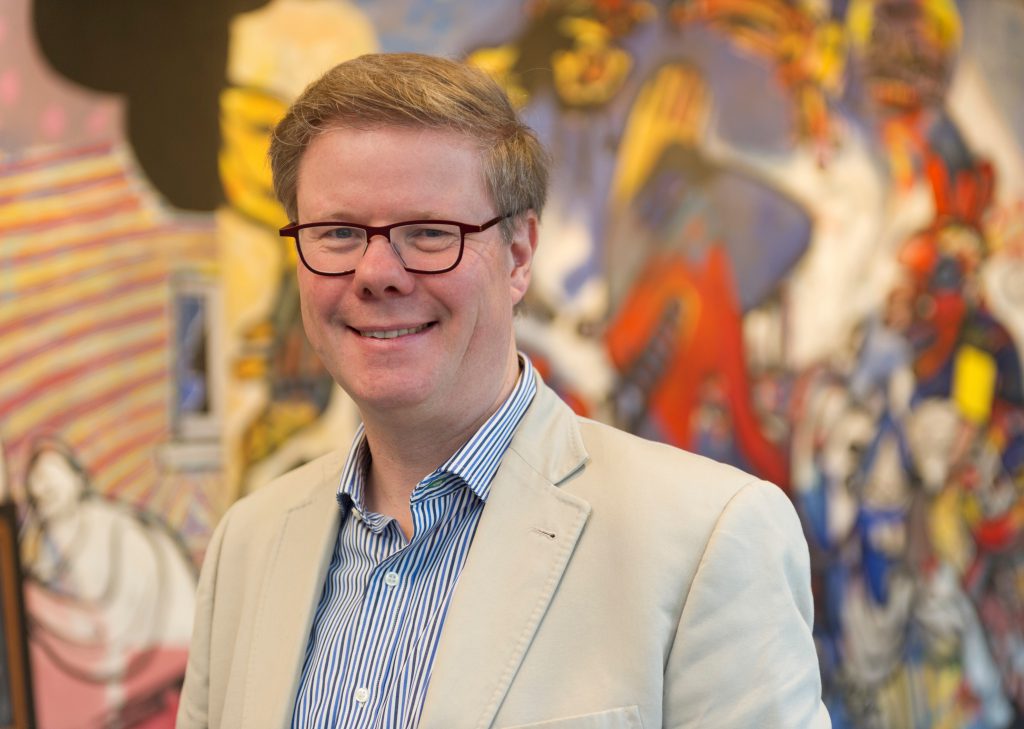 Filip Vermeylen (TIAMSA Groups Officer): ‘Growing up in Antwerp, with its bustling port and rich cultural past, triggered my interest in the interplay between commerce and the arts. I wondered why some cities develop into hubs of artistic innovation and centers of the art trade. As a cultural economist, I soon realized that only a multi-facetted approach can truly help us understand the establishment and functioning of art markets, whether in the past or in emerging economies today. As such, the international mix of (art) historians, sociologists, economists and art professionals is precisely the reason why I am very excited about TIAMSA. As a board member, I will strive to further the dialogue across disciplines in this fascinating field of study.’

Evolution of the Board: The first TIAMSA Board, comprising eight members, was elected at our first Annual General Meeting (AGM) on 15 July 2016: Susanna Avery-Quash, Lynn Catterson, Frances Fowle, Christian Huemer, Veronika Korbei, Johannes Nathan, Barbara Pezzini (who left the board three months later) and Jonathan Woolfson. Four additional officers were elected to the board at our 2nd AGM on 13 July 2017: Kim Oosterlinck, Iain Robertson, Olav Velthuis and Filip Vermeylen. At the 3rd AGM on 29 September 2018, Veronika Korbei was elected as Co-Chair while Nirmalie Mulloli was elected as Coordinator. In August 2020, Nirmalie Mulloli left while Sharon Dowley and Inna Schill became the new TIAMSA Coordinators. At the 7th AGM on 13 September 2022, Veronika Korbei (Co-Chair 2018-2022) and Johannes Nathan (Chair 2016-2018 / Co-Chair 2018-2022) made room for new Co-Chairs, Véronique Chagnon-Burke and Kim Oosterlinck, while Susanna Avery-Quash, Lynn Catterson, Frances Fowle, Christian Huemer and Jonathan Woolfson also left the board – which was in turn joined by Philipp Nürnberger (Finance Officer), Natasha Degen and Alicja Jagielska-Burduk. TIAMSA cordially thanks all previous and current board members for their work on behalf of the association!