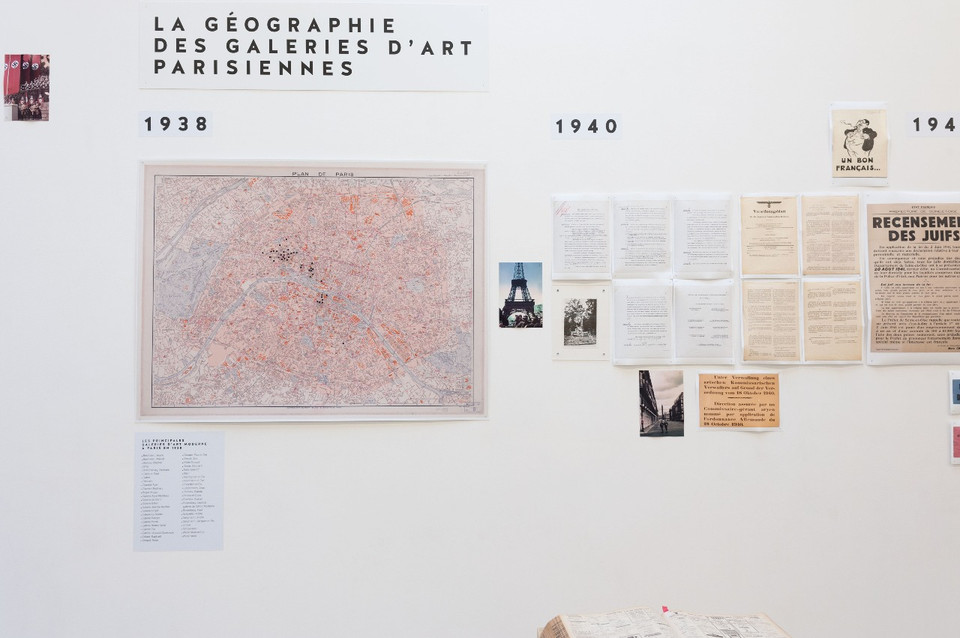 galerie frank elbaz is pleased to announce the exhibition Art Galleries in
Paris under the Occupation – A Story from the History of Art, which will run from
4 February to 11 March 2017, and is curated by the historian Emmanuelle Polack.

This unique project features a large number of private and public archives, along-
side film extracts, showing the vicissitudes of gallery life under the Occupation.
Inspired by Frank Elbaz’ interest in the activities of art dealers during this dark
period of history, the exhibition attempts to contextualize and shed some light
on the art market in occupied Paris.

The art market is one of the driving forces behind international cultural
exchange. For the most part, it is the dealers, the intermediaries, the enthusiasts
and the collectors, who are responsible for the exchange and the transfer of the
ownership of works of art. It is through them that a work of art becomes part of
a private collection, or is put at the service of a power and its representation, and
thus ultimately becomes a coveted object on the market. It is an undeniable fact
that the art market in Paris during the time of the Occupation was flourishing. All
the traditional channels of selling art, the galleries and public auction houses,
were gripped by euphoria. Yet, the sale, the trafficking and the exchange of art
objects at extremely inflated prices were not without consequence for the
destinies of works that belonged to Jews. It is worth recalling here that certain
market players, because they were stigmatised as belonging to the “Jewish race”
by the anti-Semitic legislation of the 1940s (whether it came from the Germans
or the Vichy government), were directly and severely affected by these shameful
laws. The careers of several art dealers, on display at the exhibition, make this
absolutely clear.

An examination of this particular art market and its underlying patterns reveals
unknown aspects about the history of art of this period. We look forward to
welcoming you to the exhibition.