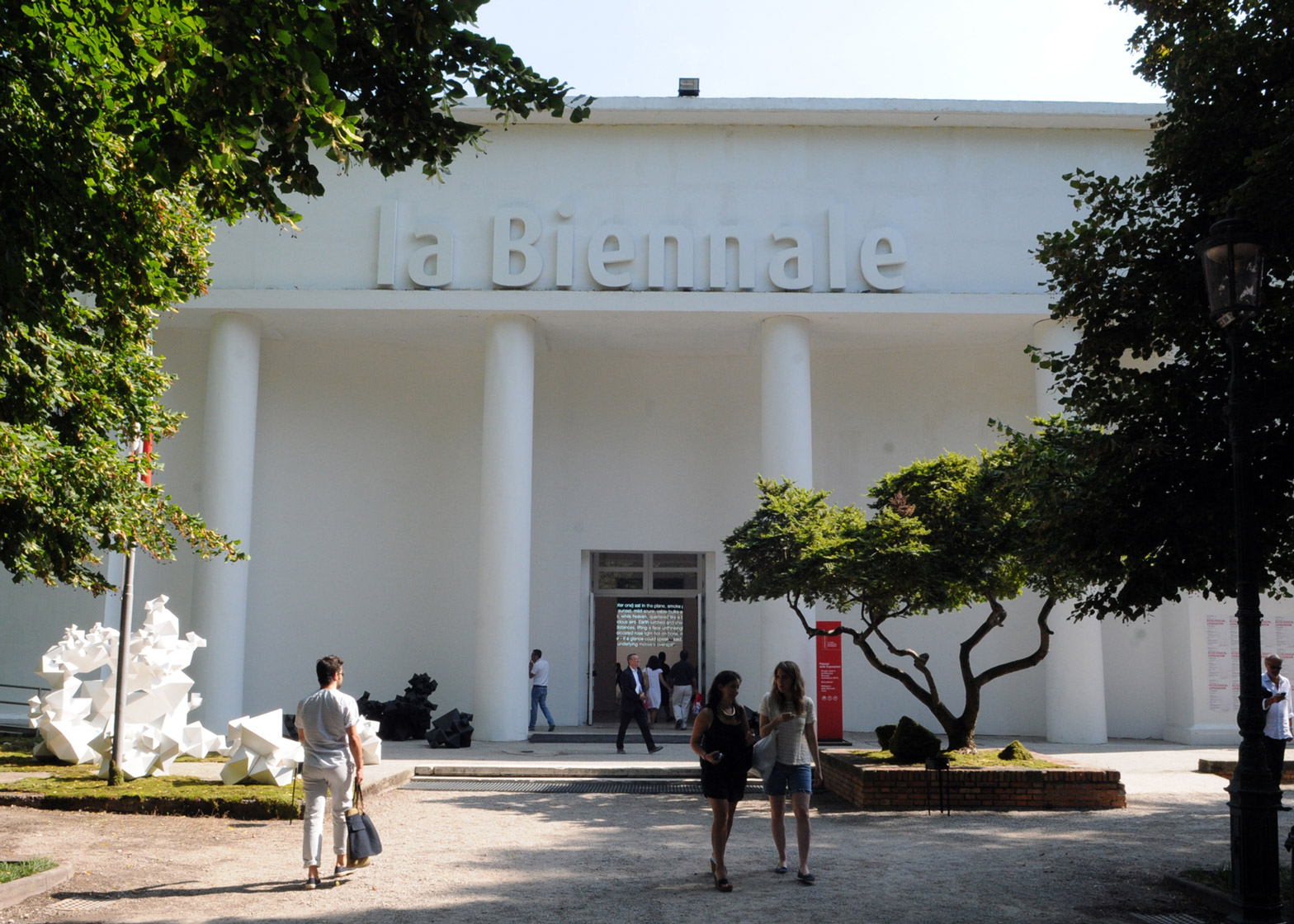 The Politics of Display: Collateral Events and Pavilions at the Venice Biennale

During the late 1990s, the structure of the Venice Biennale underwent a dramatic overhaul, expanding into the Arsenale buildings that once housed the city’s shipyards and armouries. Its interconnecting rooms provide a counterpoint to the Giardini’s national pavilions, and the greater curatorial fluidity that this enables has been further extended through the introduction of collateral pavilions and events. These now proliferate throughout the Biennale, offering sites through which artists and curators can explore the charged issues of transnationalism, resurgent nationalism, and globalization. As was particularly evident in Okwui Enwezor’s 2015 Biennale, these interventions can resonate strongly with both Venice’s long history of maritime trading, and the current challenges it faces as a city inhabited primarily by tourists, in a continent struggling to respond coherently to the on-going refugee crisis, with an ecology that has been tangibly affected by climate change. While critics rightly continue to challenge the out-dated nature of the Biennale’s underlying structures, its vast expenditure and excess, and its imbrication in commercial markets, it is now an expanded and contested field of activity, in which the politics of representation and display are constant and highly charged.

The connectivity represented by the collateral events could be said to reflect increasing cultural homogenization, yet this programming might equally demonstrate the rise of diversity and a resurgence of interest in local identities. In Autumn 2001, the Scottish Arts Council (now Creative Scotland) and its partner, the British Council, announced plans to exhibit new work from Scotland at the 50th Venice Biennale in 2003. Scotland used the possibilities provided by the concept of the collateral pavilion and event programme to differentiate its cultural status from that of Great Britain. This example encapsulates cultural and artistic shifts around the way difference might be mobilized to gain visibility, as well as the intense debates about the status of national and cultural identities in an era of globalization. Equally, the logistical arrangement of these events and pavilions – as well as their very designation as ‘collateral’ – indicates the endurance of power imbalances and global inequalities both in the art world and wider culture.

Drawing on the rich history of the Venice Biennale, together with recent art historical interventions into issues such as globalization, migration, biennial and triennial culture, the status of ‘the contemporary’, and the relationship between art and politics, we invite papers that explore the ramifications of collateral pavilions and events in Venice. Possible topics for papers include but are by no means limited to:
• Relations between national pavilions and collateral events
• Competing politics of multiple curatorial platforms
• Issues of inclusion and representation at the Biennale, especially in relation to previously non-participating countries such as Haiti (2011), Angola (2013), and the Maldives (2013).
• Curating transnationalism
• Tensions between the local and the global
• The resurgence of nationalism and understandings of ‘the nation’
• Politics of space and place
• The role of new media and digital technologies in traversing borders
• Economics and the art market
• Strategies of disruption vs. co-option.

Please send proposals of maximum 300 words for papers of 20 minutes, together with a short biography of maximum 100 words to Dr Karen Brown (Director, Museums, Galleries and Collections Institute, School of Art History) at keb23@st-andrews.ac.uk by 24 April 2017.

The Politics of Display: Collateral Events and Pavilions at the Venice Biennale is organised by Dr Karen Brown, Kate Keohane, and Dr Catherine Spencer as part of the EU-LAC-MUSEUMS project, run by the Museums, Galleries and Collections Institute. It is supported by the School of Art History at the University of St Andrews, and has received funding from the European Union’s Horizon 2020 Research and innovation programme under grant agreement No 693669.